The warm and humid climate at the beginning of the Jurassic Period developed as a result of a progressive greenhouse effect. The carbon dioxide concentration changed and was from four to ten times higher than at present (Berner and Kothavala 2001).

Lower Jurassic sediments occur only in the northern and north-eastern part of the Mesozoic margin. Their distribution to the east was restricted, as in the Triassic, by the margin of the East-European Craton, which corresponds to the Nowe Miasto-Iłża Fault, and to the south by the Holy Cross Fault. In the north-western margin, 2 km to the north of the Holy Cross Fault (in the village of Ruda Pilczycka), the Lower Jurassic reaches a thickness of 156 m, 8 km from the fault, and in the village of Czermno – 246 m, whereas 3 km to the south of the fault (in the village of Mnin), the thickness decreases to 58 m, and 5 km to the south (in the village of Łopuszno) to 32 m. Even more southerly in the vicinity of the villages of Mieczyn and Fanisławice, Lower Jurassic strata disappear completely (Jurkiewiczowa 1967). In the wedge between these two synsedimentary tectonic zones thick (c. 800 m) clastic sedimentation of the Lower Jurassic took place. There is a view (Hakenberg and Świdrowska 1997; Dadlez 1998) that the continuation of the Danish-Polish Trough in its Holy Cross segment was restricted to this area till the Middle Jurassic.

Due to the prevalence of continental and marginal-marine settings in the south-easternmost remote parts of the sedimentary basin, biostratigraphic documentation does not supply precise tools for a chronostratigraphic frame. Therefore, the Lower Jurassic stratigraphy has been based on sequence stratigraphy (Pieńkowski 2004). Ten depositional sequences have been distinguished, also in the Holy Cross Mountains area, which have been compared to sequences known from France and Great Britain, where they are correlated with biostratigraphic schemes.

Jurassic sedimentation was preceded by intense erosion. Erosional cuts 60 m deep cut into the Upper Triassic rocks in the north-western margin (Jurkiewiczowa 1967). Deposits of the Lower Jurassic in epicontinental Poland have been assigned to the Kamienna Group. The name is derived from the Kamienna River, in the basin of which, between the towns of Skarżysko Kamienna and Opatów, are located numerous exposures of Lower Jurassic strata. Settings recognised include continental (with braided, meandering and anastomosing rivers, lakes and marshes), marginal-marine (with deltas, lagoons, nearshore barriers, floodplains and restricted bays of brackish seas) and normal marine environments (Karaszewski 1962; Pieńkowski 2004). Each cycle begins with a sedimentary discontinuity, expressed by an erosional surface, and contains a more or less complete succession of all these environments indicating a transgression, its maximal range and regression. Marine ingressions (= short-term transgressions) reached the area of today’s Holy Cross Mountains several times, but are usually recorded by brackish environments. Normal marine conditions prevailed only once, in the Early Pliensbachian.

The absence of most of the Upper Toarcian, typical of the Mesozoic margin, indicates that there is not a sedimentary continuity between the Lower and Middle Jurassic.

Upper Jurassic deposits have been included in three transgressive-regressive sequences (Kutek 1994): (1) the COK sequence (from the Lower Callovian to the Lower Kimmeridgian Hypselocyclum Zone), (2) the LUK sequence (corresponding to the coquina formation, whose lower boundary lies close to the lower boundary of the Lower Kimmeridgian Divisum Zone, whilst the upper boundary is located within the Eudoxus Zone of the Upper Kimmeridgian), and (3) the KVB sequence comprising the remaining part of the Upper Kimmeridgian and part of the Tithonian belonging to the Pałuki Formation, as well as the remaining part of the Tithonian and the Lower Berriasian of the Kcyna Formation, mostly encompassing the Purbeck facies. These three sequences, separated by large disconformity surfaces known from many parts of Europe, have been assigned to one supersequence (Kutek 1994).

The lower part of the COK sequence (Fig. 9) is represented by the sponge megafacies, defined as carbonate sediments (limestones and marls), both bedded and biohermal, containing siliceous sponges belonging to the Lithistida and Hyalospongea (Hexactinosa and Lychniscosa), preserved as calcareous “mummies” (Matyja and Pisera 1991). Accordingly, the sponge megafacies was distributed along the northern shelf of the Tethys Ocean and can be traced from Portugal, through Spain, the Jura Mountains in France and Switzerland, the Swabian and Franconian Jura, to Moravia, Poland and Ukraine. The maximal extent of the sponge megafacies was in the Oxfordian, but it is present in all Upper Jurassic stages. Appearance of the sponge megafacies was preceded by a distinct deepening of the marine basin, linked with intense extension in the Tethys Ocean to the south. The deepening took place between the Middle Callovian and the earliest Oxfordian (Matyja and Wierzbowski 2006). A maximum distribution of Jurassic rocks is noted for that interval in Poland, coupled with a transition from clastic to carbonate sedimentation, intense condensation and stratigraphic gaps. The latter features can be examined in Gnieździska Quarry.

As mentioned earlier, the sponge megafacies covered a large part of epicontinental Poland in the Oxfordian, including the Holy Cross Mountains area. With the beginning of the Late Oxfordian, regressive trends appeared, reflected in the development of a shallow carbonate platform. At first these events took place only in the north-eastern margin (Gutowski 1998), but by the end of the Late Oxfordian, the sponge megafacies was replaced by a shallow carbonate platform in the south-western margin also (Matyja 1977). In the Carpathian Foredeep Basin and under the Carpathian overthrust the sponge megafacies was still forming in the Early Tithonian (Matyja and Barski 2007). 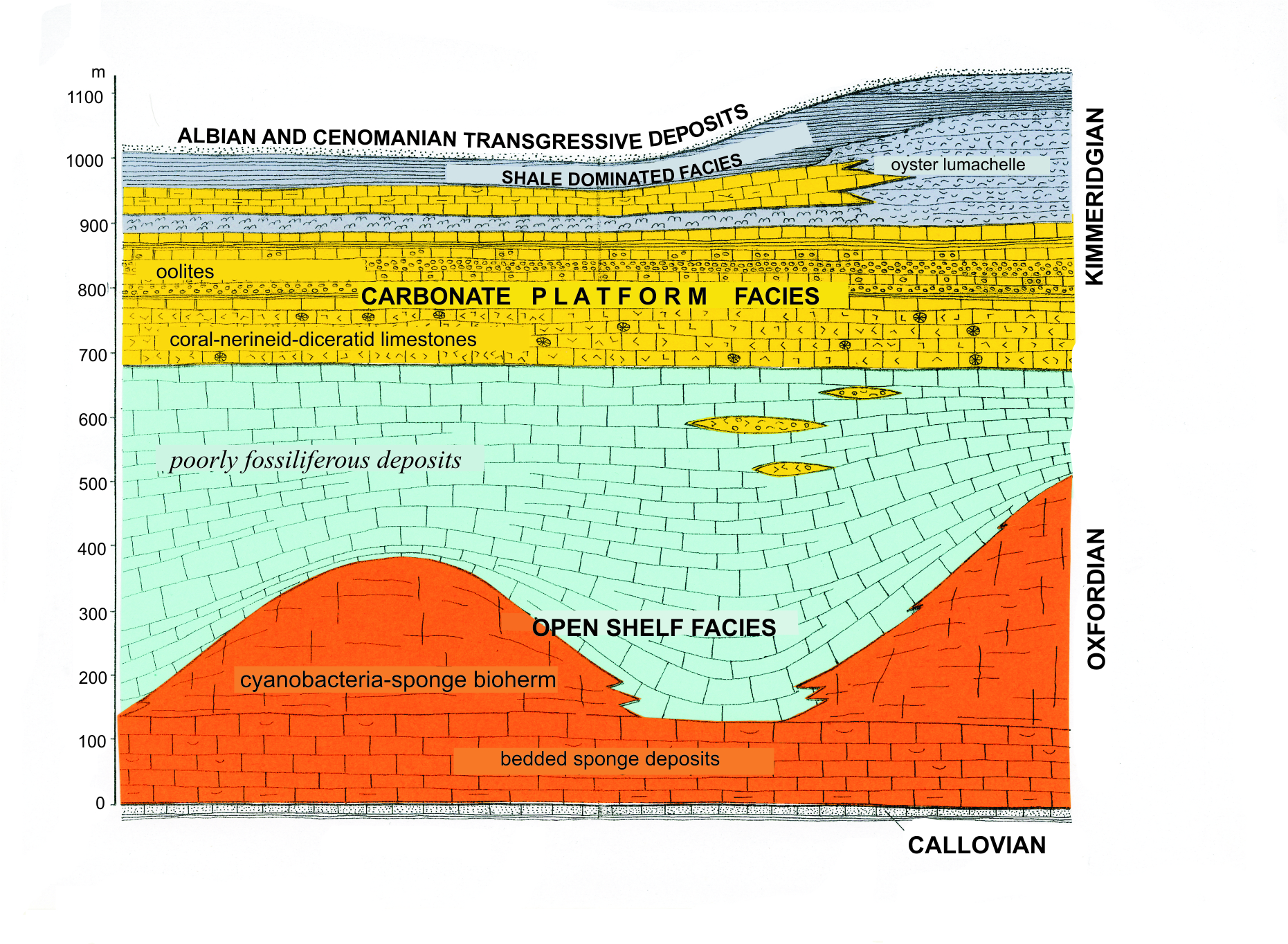 Fig. 9. Stratigraphic succession of the Callovian, Oxfordian and Kimmeridgian in the south-western margin of the Holy Cross Mountains (after Kutek et al. 1992)

from the south-western margin (Kutek 1968). The higher part of the carbonate platform succession is exemplified by the Małogoszcz Quarry section. This sequence also shows the further history of the platform – its drowning, which is linked with a sea level rise recorded throughout Europe, and reflected in the development of a coquina formation and increased clastic sedimentation in the Mesozoic margin of the Holy Cross Mountains.