Many years of detailed research on the Quaternary of the Holy Cross Mountains (e.g. Czarnocki 1931; Łyczewska 1971; Lindner 1977, 1984) have proven the presence of the early Pleistocene, followed by a full record of all middle and late Pleistocene glaciations and interglacials, as well as the Holocene (fig. 12) 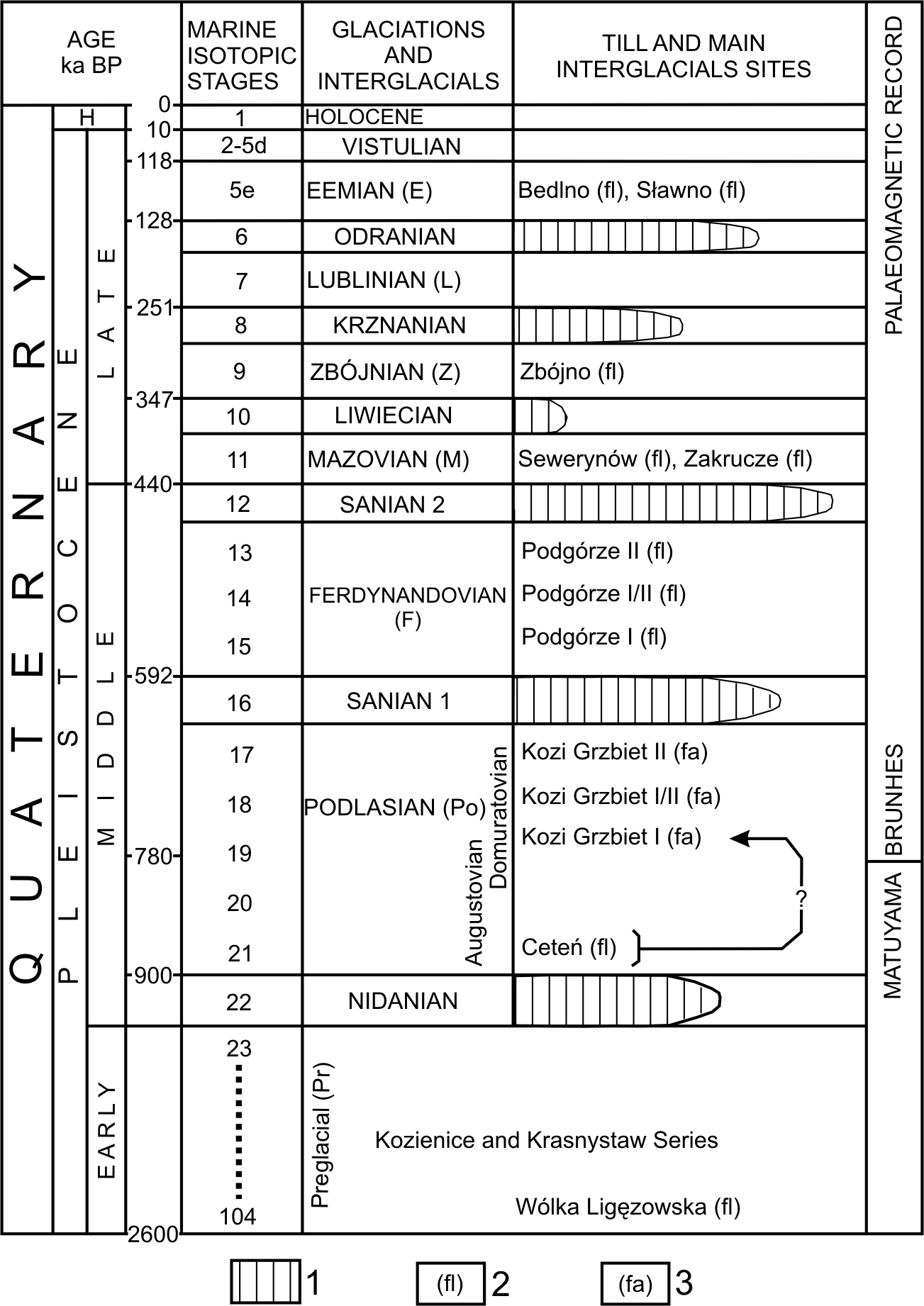 Fig. 12. The largest of the Middle Miocene sharks from the Pińczów Limestones Carcharodon megalodon – an ancestor of the present-day Man-Eater.

The climatostratigraphic scheme worked out for the area has been presented in academic text-books (Lindner 1992) and at numerous international conferences, both in its older (e.g. Lindner 1995; Lindner et al. 2006.

This part of the Pleistocene, known also as the Preglacial, is documented in the Kozienice and Krasnystaw series, represented by fluvial-lacustrine sediments devoid of Scandinavian material that crop out in the Radom Plain and in the Middle Vistula Gorge. In the village of Wólka Ligęzowska, located in the lower stretch of the Drzewiczka river, the series contains pollen material documenting the Pretegelen and the underlying upper Pliocene strata (Winter in: Popescu et al. 2010).

The Nidanian Glaciation which begins the Middle Pleistocene is the oldest Scandinavian ice-sheet advance in Poland according to the current stratigraphic scheme of the Pleistocene (Lindner et al. 2013). The ice-sheet of this glaciation covered the entire northern part of the Holy Cross Mountains and stopped at the northern slopes of the Main Range. To the south, small lobes of the ice-sheet advanced into the Bobrza and Wierna Rzeka river valleys. Its traces include not only horizons of glacial till but also the presence of heavy minerals (amphiboles and pyroxenes) from the erosion of crystalline rocks that were noted below and within the cave clays of the Kozi Grzbiet faunal site near the town of Chęciny. This site represents the younger part of the Podlasian Interglacial corresponding to the Domuratovian = Kozi Grzbiet warming with a distinct subdivision into two warmings separated by a cooling, with the boundary between the Brunhes/Matuyama palaeomagnetic chrons pointing to 780,000 years BP recorded in the clays. The older part of the interglacial is documented by organic deposits in Ceteń, representing probably a fragmentary floral succession of the Augustovian warming.

During the Sanian 1 Glaciation, the Scandinavian ice-sheet covered the entire Holy Cross Mountains area, leaving a glacial till horizon. The contribution of local material to this till (Czarnocki 1931; Lindner 1995) indicates that, after reaching the Holy Cross Mountains area, the ice-sheet at first surrounded it from the west and later from the south-east. The high grounds of most hill ranges of the area became nunataks and jutted out above the surface of the surrounding ice-sheet. After retreat of ice-sheet, the accumulation of lake deposits of the Ferdynandovian Interglacial occurred in the northern part of the Holy Cross Mountains area; they are preserved e.g. in the village of Podgórze  with a distinct lower and upper warming (optimum) separated by a cooling. During the Sanian 2 Glaciation, the Scandinavian ice-sheet again covered the entire area of the Holy Cross Mountains, this time reaching a higher level and with conditions of nunatak formation on the ridges of Łysogóry, Jeleniowskie and Masłowskie ranges, and Zgórskie and Dymińskie ranges and Miedzianka Hill. This ice-sheet advance is recorded in the kame-type sand and sand-mudstone-claystone deposits containing Scandinavian material, reaching up to heights between 300 and 500 m above sea level on the slopes of these high grounds. In many cases, these sediments interfinger with solifluction flows composed of clay and debris of pre-Quaternary rocks that document the contemporary periglacial conditions (Lindner and Bogucki 2002).

The Mazovian Interglacial, beginning the late Pleistocene, is well documented in the Holy Cross Mountains by organic deposits from, for example, the villages of Sewerów and Zakrucze. At the first site, these deposits are covered by younger glacial tills, whereas in the second site they accumulated beyond the lateral range of the younger glaciation (Lindner and Rzętkowska-Orowiecka 1998). In many cases, the sedimentation was coupled with the development of river valleys. In the case of the pre-Nida valley, the river captured surface water from the entire southern part of the Holy Cross Mountains in a direction opposite to the contemporary course, and through a deep depression located to the north of the village of Bocheniec (between Bocheńska and Milechowska hills) fed from runoff along the northern slope of the Przedborskie Range towards the Bełchatów Trough (Lindner et al. 2001).

During the Liwiecian Glaciation, the Scandinavian ice-sheet reached only the north-eastern part of the Holy Cross Mountains area, which is recorded in a glacial till horizon thermoluminescence (TL)-dated at 393,000-366,000 years BP. In the northern and western Mesozoic Margin of the Holy Cross Mountains, the ice-sheet caused damming of northward-flowing rivers and favoured the creation of ice-dammed lakes reaching the Przedbórz area in the Pilica catchment basin. At the nearby Zbójno site, the muds of one of these lakes were dated by thermoluminescence at 388,000 years BP. Muds with a thin complex of sand-gravel deposits are covered by organic sediments of the Zbójnian Interglacial covered by sands, TL-dated at 236,000 years BP, and an overlying glacial till. In the western and northern part of the Holy Cross Mountains area, this glacial till represents the Krznanian Glaciation, previously referred to the pre-maximal stadial? of the Odranian Glaciation. The till is accompanied by fluvioglacial sands exposed in the vicinity of Wąchock, Przysucha and Końskie, where they have been TL-dated at 230,000-240,000 years BP. Accumulation of the so-called lower older loesses took place also during this glaciation; they are preserved in the lower and middle Kamienna and Opatówka catchment basins and are known from, for example, the Tomaszów site near Opatów.

The Lublinian Interglacial, known also as the Lubavian Interglacial, is the only interglacial without palaeontological documentation in the Holy Cross Mountains area. It is expressed by a mid-loess, forest paleosol of the “Tomaszów” type at the Tomaszów site and by fluvial sediments in the Middle Vistula Gorge. During the Odranian Glaciation, the Scandinavian ice-sheet left a series of frontal moraines that determine its maximal range from Włoszczowa through the vicinity of Gnieździska, Łopuszno, Radoszyce, Końskie and Gowarczów, where they reached heights of 270-290 m above sea level, and further, through the vicinity of Gielniów, Przysucha, Ruski Bród, Chlewiska, Suchedniów, Wąchock, Opatów and Sandomierz, where they attained heights up to 300-330 m above sea level. Apart from frontal moraines, this range is marked by a glacial till horizon and systems of marginal kame terraces, whose deposits have been TL-dated in the Radomka river valley at 150,000-142,000 years BP.

A reversal of the pre-Nida flow direction took place during this glaciation. After inheriting the runoff of proglacial water from the ice-sheet front from the area of Włoszczowa, Gnieździska and Łopuszno, the river attained a southerly (current) direction towards the Vistula valley near Korczyn. Accumulation of the upper older loesses took place at that time in the Kamienna and Opatówka catchment basins. In zones of culminations composed of pre-Quaternary rocks, debris covers were activated in periglacial conditions, resulting in the subsequent generation of clay-debris solifluction flows (Lindner and Bogucki 2002).

The Eemian Interglacial is documented in the Holy Cross Mountains area by the type localities of organic deposits at Bedlno and Sławno. During this interval, the loess covers of the Kamienna and Opatówka catchment basins and in the vicinity of Sandomierz were sites where a subsequent forest paleosol (“Nietulisko I” type) developed. Fluvial deposits, particularly well recognized in the Nida and Vistula valleys, also accumulated at that time. These sediments rest upon the erosional protrusions of the river terraces, whose formation took place during the younger cooling. During this cooling, referred to the Vistulian Glaciation and terminating the late Pleistocene, the Holy Cross Mountains area was already beyond the range of the Scandinavian ice-sheet, in a zone subject to periglacial conditions favouring the evolution of a subsequent generation of solifluction covers, accumulation of the so-called younger loesses (with tundra palaeosols preserved within them), and the accumulation of river terraces and diluvial covers, referred to by Pożaryski (1953) as the “sands of high accumulation”, TL-dated at 33,000-17,000 years BP. Solifluction covers of a clay-block type developed on the northern slopes of Łysogóry in two generations – a lower one linked with the older Świecie Stadial and an upper one connected with the younger Leszno-Pomorze Stadial of the Vistulian Glaciation (Lindner and Bogucki 2002). By the end of the younger stadial and in the Holocene, washing-out of the fine particles in parts of these covers lead to their transformation into present-day stone-runs (gołoborze). The stadials and the interstadial separating them are well documented by the sediments from the Raj [Paradise] Cave near Chęciny. Flint tools preserved in these sediments mark the first appearance of Palaeolithic man in the Holy Cross Mountains area between 54,000 and 40,000 years BP.

The Holocene, considered by most scientists to be a current interglacial, is recorded in the area by fluvial and dune accumulation, with organic deposits developed in valleys, karst depressions and inter-dune depressions.